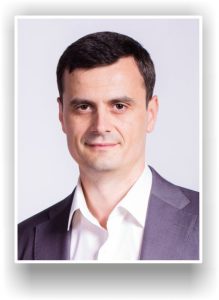 Vitalii Shapovalov was born 28.08.1979 in Lugansk, Ukraine. Graduated from East Ukrainian national University named after Volodymyr Dahl (Lugansk) and received a master’s degree in psychology in 2006. From 2006 to 2010 was engaged in private psychological practice (counselling, psychological testing, seminars on psychological diagnostics).

Since the end of 2010, Vitalii Shapovalov began to conduct psychological examination in the video investigation on the basis of private enterprise “Ukrainian Bureau of psychophysiological studies and Security”, and “Kyiv forensic institutions”. From that time, he began to develop own methodology, called “Methodology of psychological evaluation of the reliability of testimony in legal practice” and the first was published in 2012 in scientific publishing “Department” (Kiev). The methodology was republished in 2013 and 2016 with the additions and clarifications .

Vitalii Shapovalov is a co-founder of professional public Association “Ukrainian Polygraph Collegium”, which was registered on 07 October 2013, and held the position of Secretary of the coordinating Council of the Collegium. Also since 2013 he is an honorary member of the Ukrainian psycho-diagnostic Association. In 2015 Vitalii became the editor of a professional journal of the Ukrainian Polygraph Collegium “Credibility Assessment: scientific research and practice”.

I am author of several scientific publications, namely:

Topical issues of the theory and practice of using the polygraph : a collection of articles / for the editorship of V. A. Shapovalov. — K. : Education Of Ukraine, 2016. — 170 S. — (Series: Library of the Board of polygraphologists of Ukraine).

Shapovalov V. A. The Rationale for an integrated approach when implementing psychological assessment of credibility of information // polygraph in Kazakhstan favorites: the Library of the polygraph, ed Aleksovski S. Y. and Alybaeva G. A. – Almaty, 2016. — 264 p.

Shapovalov V. A. Methods of psychological assessment of credibility of information : Handbook / V. A. Shapovalov. — Kyiv : Osvita Of Ukraine, 2016. — 168 p.

Topical issues of the theory and practice of using the polygraph : a collection of articles / for the editorship of V. A. Shapovalov. — K. : Education Of Ukraine, 2015. — 220 p. — (Series: Library of the Board of polygraphologists of Ukraine).

Shapovalov V. A. Methods of determining the psychological characteristics of the authenticity/ inauthenticity  in legal practice: methodical manual / V. A. Shapovalov. – 2-ed, Rev. and additional. – K.: The Department, 2013. – 108 p.

Shapovalov V. A. Methods of determining the psychological characteristics of reliability/unreliability in the testimony on video recordings of investigative actions // Actual problems of psychophysiological research using the polygraph. // Collection of scientific articles on materials of the III scientific-practical conference. – M., 2012.

Shapovalov V. A. Modern trends and problems of psycho-diagnostics in the system of General secondary education // YOUR PSYCHOLOGIST. Questions and answers, problems and solutions. – Kyiv, №1 January – February 2010.p.10-11.

I have conducted training courses and scientific workshops in public institutions, namely:

Participation in international projects with the scientific adaptation of psychological tests:

Since 2010 conducting research on the basis of PE “Ukrainian Bureau of psychophysiological studies and Security” and “Kiev investigation Agency” with the aim of creating and testing “Methods of psychological assessment of the reliability of testimony in legal practice”.

From 2010 to the present time I regularly attend the refresher courses:

Target courses on the program “fundamentals of forensic examinations. Ideal and material traces in forensics “. Usikov I. P. (2010);

Target courses under the program “Use of the polygraph in investigations and work with staff”. Usikov I. P. (2013);

A seminar dedicated to the 50th anniversary of the American Polygraph Association. Chicago, Illinois August 30 – September 5, 2015.

Training “Pre-test interview of the polygraph technique the nine steps of a behavioral interview, John Reid”. Lecturer: doctor of psychological Sciences, Professor of Sofia University and the Academy of the interior Ministry of the Republic of Bulgaria Boyko Ganczewski. M. Almaty (Republic of Kazakhstan) 03.04.2016.